Where the Dragons Fly 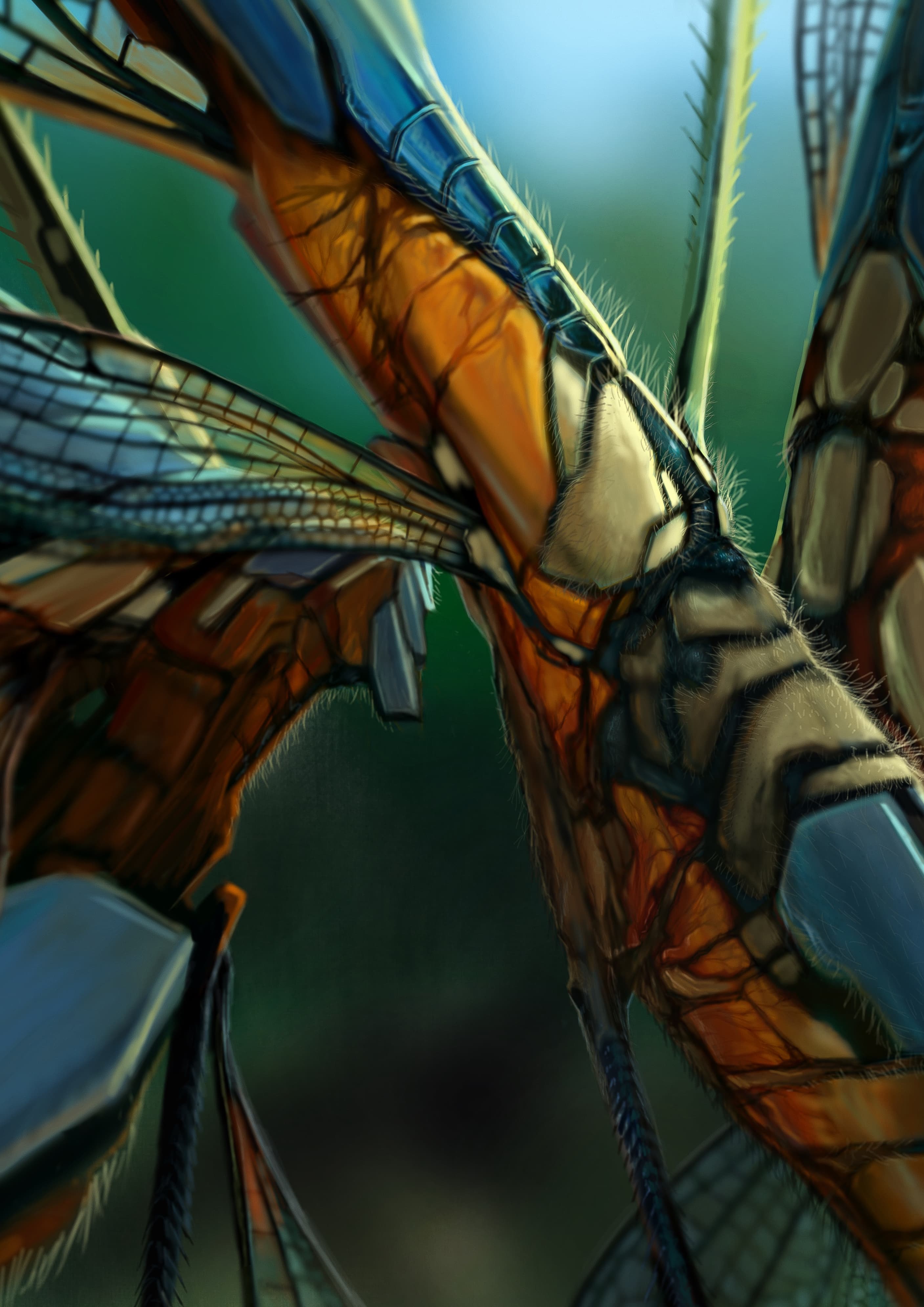 I rarely start off with a clear vision or an end goal in mind. I use pencil and line work in an automatic and deliberately unfocused way with the intention of responding to the spontaneous forms as they appear to me on the page. Once shapes and structure begin to emerge however, then I undertake the process of finding the most harmonious and satisfying arrangement, but still with no real end goal to mind. Only when I’ve settled upon an almost sculpted set of forms will I begin considering such things as colour, texture and values. Sometimes I’ll take inspiration at this point from the details from a natural source such as a dragonfly and begin applying texture and details focusing on this as a muse. The original sculptured forms will often be adjusted later on in the piece to push further in the direction of this new inspiration, but the underpinned structure that stems from the surreal approach of automatic drawing always ends up informing the finished piece the most. 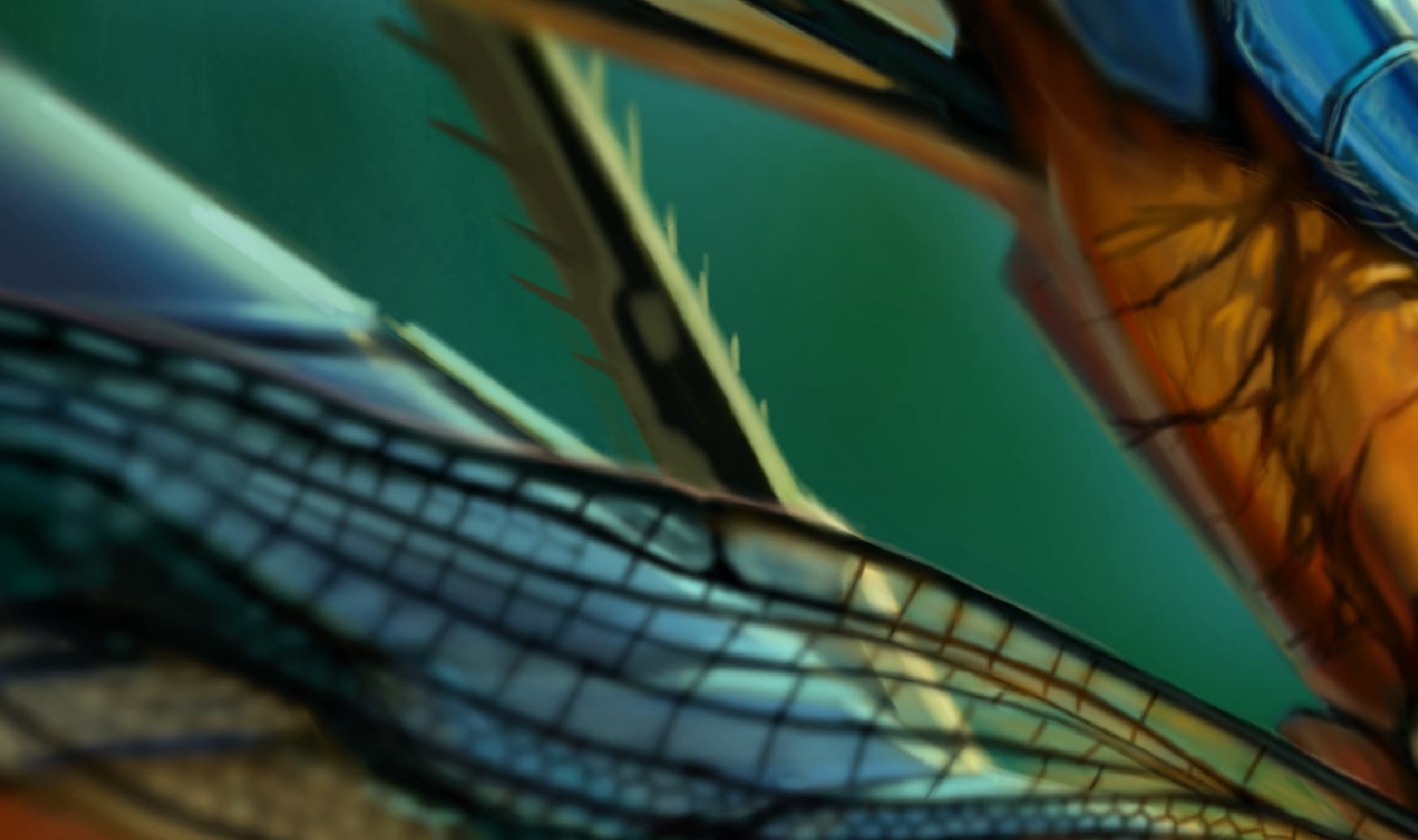 This piece started with a sketch that I’ve interpreted into two different images, one this digital painting and another an acrylic one. The acrylic version had more conventional tree like textures and colours, whereas this quite early on moved into the direction of dragonfly references. I experimented quite a while with how to formulate enough references to the dragonfly without recreating any of the actual insects forms. I decided in the end that the wings were such a crucial part of the dragonfly that I had to at least faithfully represent enough of the real forms for the inspiration to come across. I wanted to find a balance between inspiration and direct referencing of the forms in this piece to preserve the essence of the insect without directly copying it. 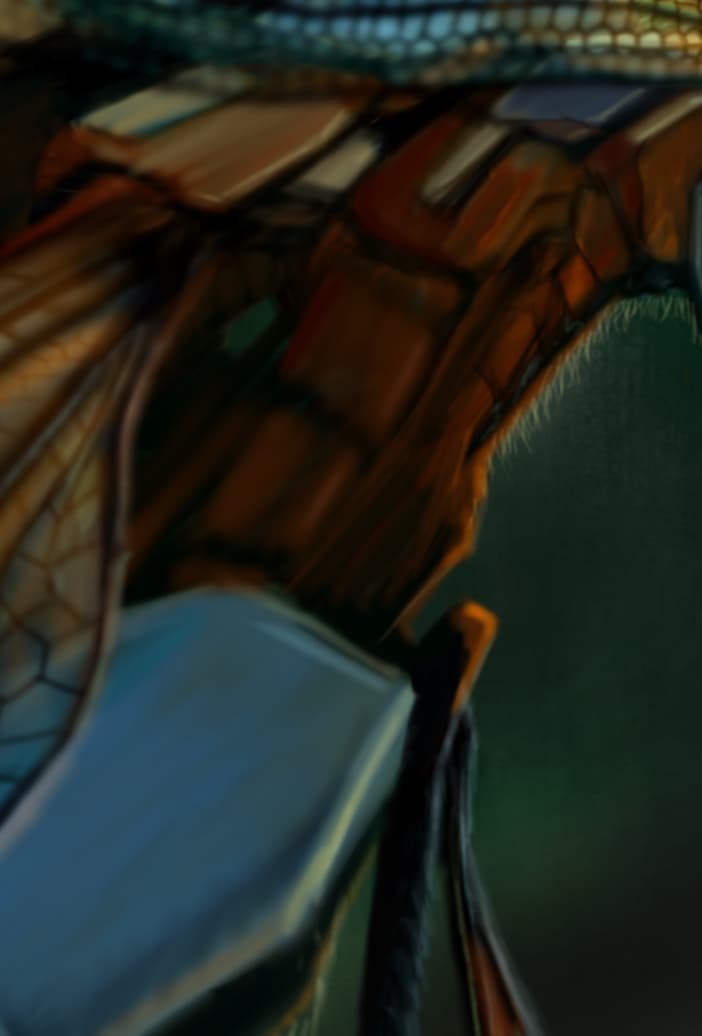 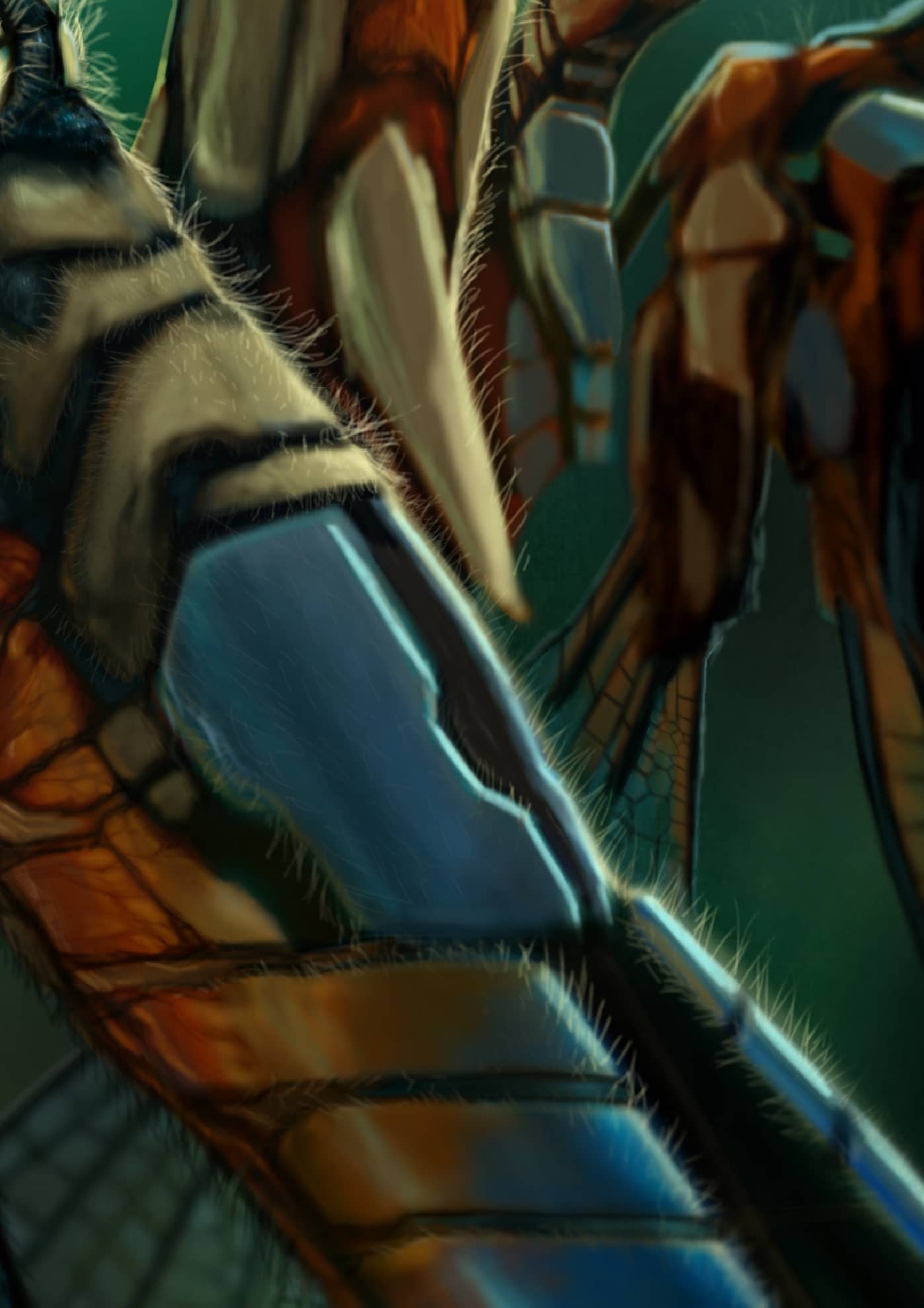 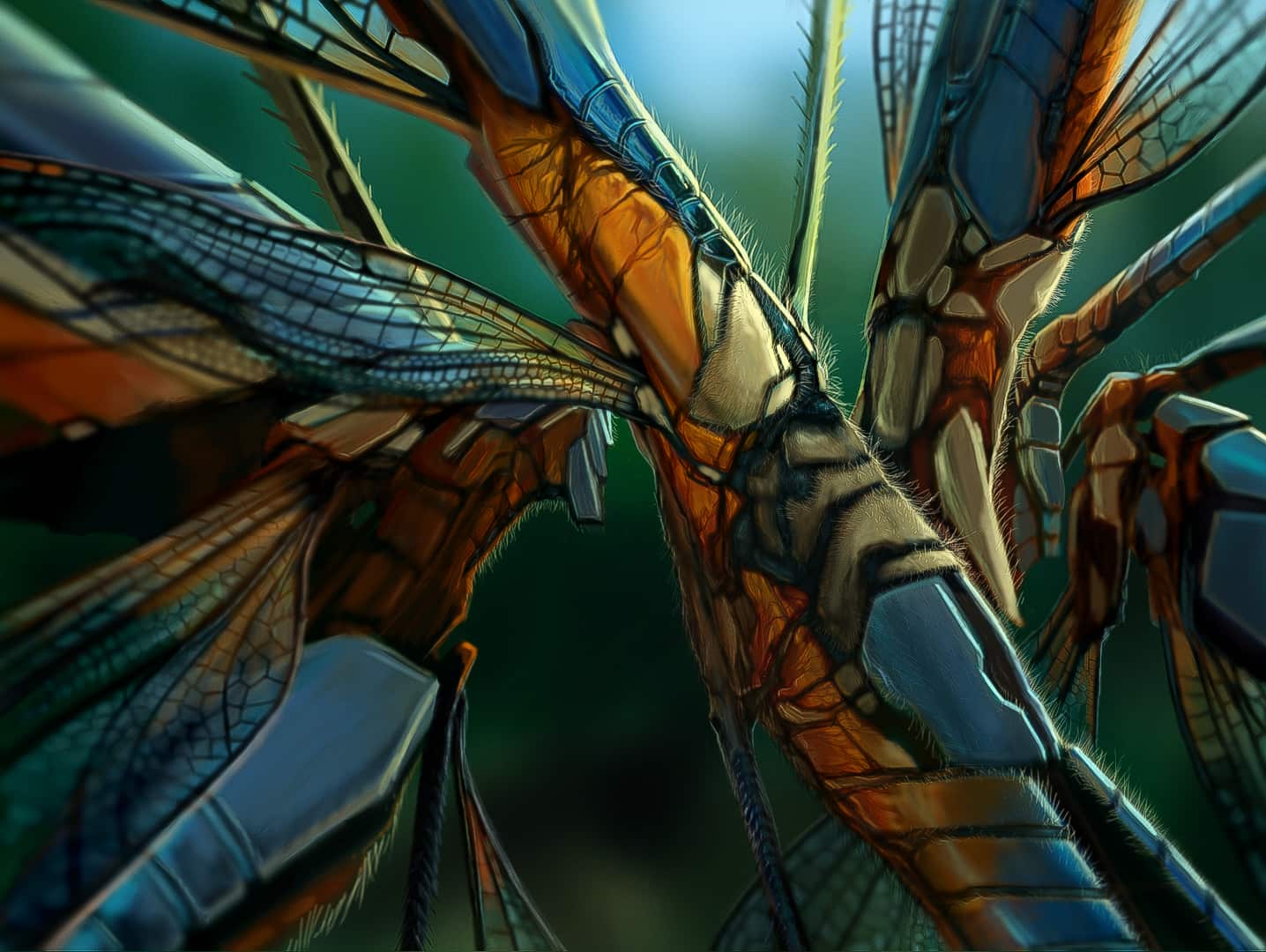 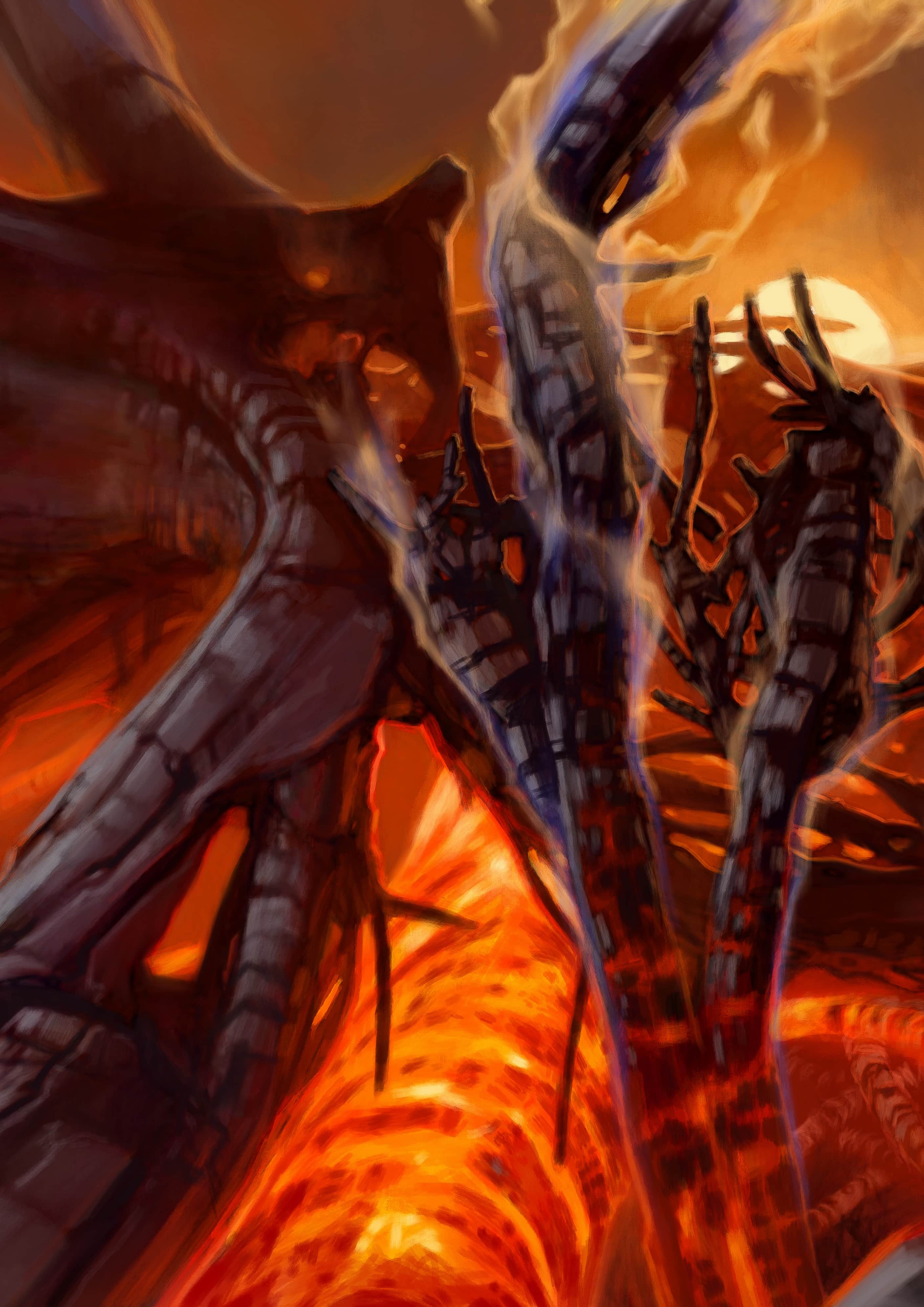